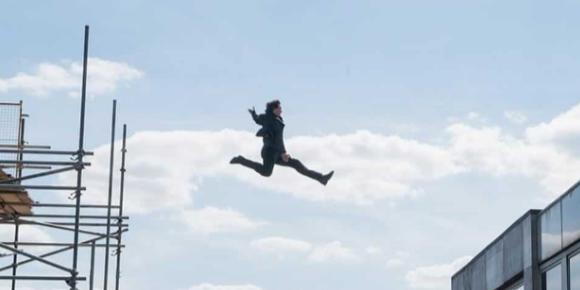 There may be a misconception that (except for stunt performers) employment in the film and motion picture industry is safe. Two recent high-profile ankle fractures call attention to the risks that even lead actors face.

In April 2017, Nicolas Cage was injured on the set of “211” in Bulgaria. Four months later, Tom Cruise broke his ankle while performing a stunt for "Mission: Impossible - Fallout".

The five most common types of injury are strains, sprains, fractures (broken bones), contusions, and lacerations, based on an analysis of workers' compensation claims.

One reason for lower injury rates during the last decade is that some risky stunts have been replaced with digital effects. However, unscripted action adventure shows (reality TV) reversed this trend, for obvious reasons.

The Producers Guild of America has a collection of websites as part of its Safety Initiative, to recognize and implement safe practices on film & television productions.