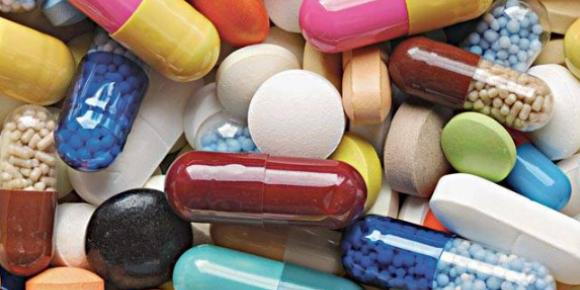 The preferred method for disposal of unused or expired medicine is a medicine take back option. The medicine can be brought to a registered collection site, such as a pharmacy, which safely and securely disposes them. A list of locations is available from the U.S. Drug Enforcement Administration (DEA).

The next best option for MOST medicines is to dispose of them in the household trash. First, mix the medicines (without crushing tablets or capsules) with an unpalatable substance such as dirt, cat litter, or used coffee grounds. Then place the mixture in a container such as a zip-top or sealable plastic bag; and throw this bag in your household trash.

A small number of medicines, most notably opioids (narcotics), should NOT be thrown in the trash, because this method may still provide an opportunity for a child or pet to accidentally take the medicine.  Instead, they should be flushed down the toilet when no longer needed and a take-back option is not readily available. The U.S. Food and Drug Administration (FDA) concluded that these medicines present negligible risk to the environment.

The majority of medicines currently found in water are believed to be the result of the body’s natural routes of drug elimination (in urine or feces).

Even a fentanyl skin patch that has been worn for three days still contains enough fentanyl to harm or cause death in a child, pet, or another household member. The patch should be folded in half so that the sticky sides meet, and then flushed down the toilet.

Here are two case summaries to illustrate how some medicines can result in death if they are accidentally taken by children. A 2 year old was seen drinking an unknown liquid from a stray plastic bottle. The next day she was unresponsive with labored breathing. Urine drug screen was positive.  She was determined to be brain dead after 10 days. A 15 month old was found with a buprenorphine/naloxone film wrapper in her mouth. Many hours later she suffered cardiac arrest and died.

One final note. Before throwing out an empty pill bottle or other packaging, remember to scratch out all personal information on the prescription label to make it unreadable (by someone else who may find it).